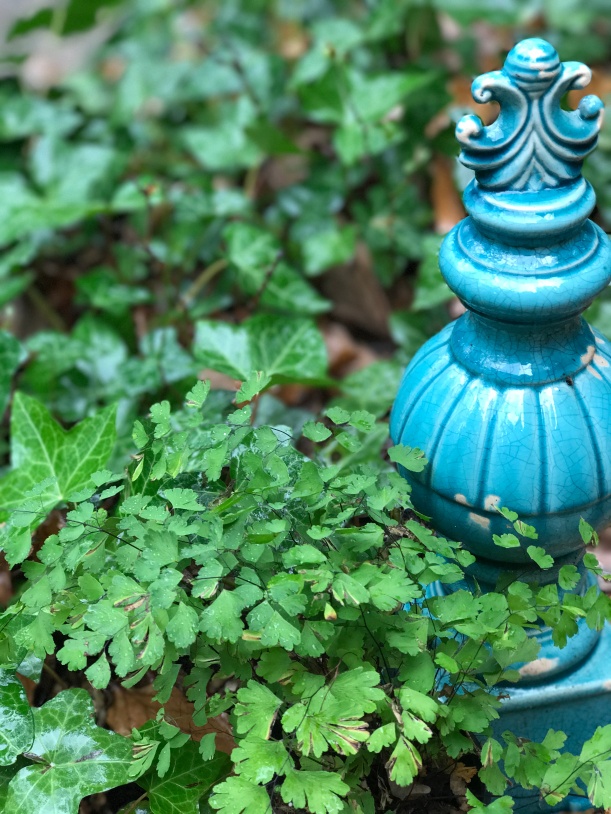 “We are gathered today to celebrate the lives of these maidenhair ferns which have died in my care.”

I regularly hold funerals for my maidenhair ferns and they even have their own graveyard in my garden.

These plants were healthy when I brought them into my home, but each ends up a mass of drooping brown leaves.

I love maidenhair ferns, but they are not a plant I seem to be able to grow.

My aunt knows all the tricks, and grows maidenhair ferns with the ease that Monet grew water lilies.

Great pots of healthy maidenhair ferns almost bob with buoyancy in her fernery. Bunches of fine black fronds spring from the pots and crowns of delicate lush leaves open to float about them. They arch and fall, cascading like fountains spouting waterfalls of emeralds.

There are 200 varieties of maidenhair fern and each has an intrinsic freshness. Although they have no fragrance, I feel the air is somehow sweeter in their presence.

Maidenhair ferns are temperamental to grow and prefer a constant temperature without drafts. This is where I go wrong. With winter heating and summer air conditioning blowing cold air, it’s little wonder mine never survive.

Maidenhair ferns must be kept moist at all times, even a short period of dryness is enough for them to turn up their toes. It’s also very important they have a humid environment.

The best way to provide humidity is to grow the fern on a saucer filled with water and small stones. The water evaporates producing humidity and the stones prevent the roots from rotting by keeping them out of the water.

If grown outside, they need dappled shade and protection from frosts. My little maidenhair graveyard has exactly these conditions with a brick wall providing protection from temperature changes.

No need to send me your condolences because after about three months something astonishing happens.

Like Lazarus the maidenhair ferns arise from the dead. Fronds begin to grow and small green leaf buds develop. When the newly risen plant is looking good it is brought back into the house. After time, I have the same unhappy results so its out to the graveyard and the circle of life continues.

Now back to the funeral; a couple more pots of maidenhair fern are going out to the graveyard. The grief is too much, where is my handkerchief… 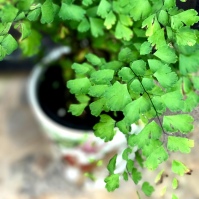 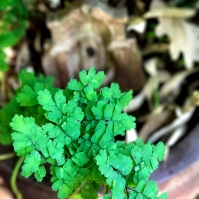 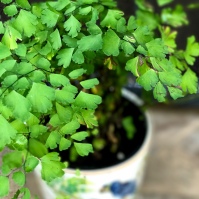 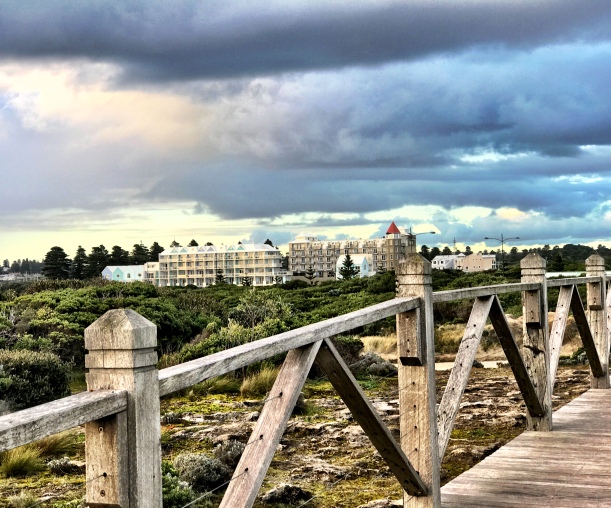 Blanche Fay from Louisville was not a woman to be trifled with. Her style was one of confrontation rather than the ethereal manner adopted by her daughter Daisy Buchanan. Blanche charged into Daisy’s drawing room on Long Island like an admiral taking command of a wayward fleet.

First Blanche kissed Nick and then Daisy making clear her order of preference. Her daughter annoyed Blanche. She thought Daisy was pretty enough but was absolutely senseless, just a beautiful little fool. On the other hand, Nick Caraway, who was the son of her sister, was a decent hard working young man who had come out East to make good.

As Blanche kissed each of them a long string of pearls rattled on her bosom. Blanche preferred these gems of the sea and she wore them with enthusiasm. Firstly a long strand fell over her bust, then three strands hugged her neck and two larger pearls dropped from her ear lobes.

This was overdone. Likewise, the lace on her bodice was exceedingly ruched and her skirt fabric had an inappropriate lustre for the afternoon. It was all too flashy.

Daisy noticed, she had always noticed. She quietly longed for a mother like those of her school friends. One who could distinguish between good taste and vulgar ostentation. A mother who knew to wear soft pastel muslin in the afternoon and compliment it with smaller and fewer pearls.

Nick poured the tea. ‘You were always such a helpful boy,’ Blanche said to her nephew.

She got straight to the point, she had heard rumours.

‘Nick dear,’ Blanche confided, ‘it is acceptable for a man to have a male friend who may not be of your social calibre. Particularly if he is someone like Mr Gatsby who can advance your career’”

‘But,’ she continued, ‘even in this day and age such a friend should not be introduced to a lady, no matter how hard one is trying to be useful.’

Now Blanche turned her attention to Daisy, ‘Your marriage to Tom has provided you with security and station in life.’ She scolded Daisy, ‘As ladies we have no right to expect love. That my dear, is an emotion reserved only for the lower classes. Ladies of our standing, must be dutiful.’

Blanche recalled her early life as a vicar’s daughter when she possessed a single decent dress to wear on Sunday and how a successful marriage had elevated her socially. ‘This was not to be played with,’ Blanche advised. ‘Our social position must be maintained or else it will be a sad backward slide. Do not take things for granted.’

Blanche explained, ‘Society is very strict. No matter how well off someone is, if they are not acceptable to good society then they are out. I fear you both misunderstand this.’ Nick and Daisy looked nervously at their hands. Blanche was exasperated and proclaimed, ‘Your acquaintance, Mr Gatsby, is not and never will be in society. His background is far too dubious.’

With a delicate turn of her head, Blanche issued her command in a firm but polite voice, ‘I suggest you both discontinue your connections with Mr Gatsby immediately.’

Before Daisy or Nick could protest Blanche went on, ‘We have another problem, my impoverished cousin from Louisville has an unpleasant pair of daughters. Daisy, do you remember Myrtle and Catherine?’

Blanche’s eyes rolled to the ceiling and her eye brows arched, ‘Myrtle has married a Mr Wilson from out this way, and her sister has followed her here. Because both of these sisters now live in the vicinity of New York, their ghastly mother has suggested they pay each of you visit.’

Blanche directed Daisy on how to manage the situation, ‘You must instruct the staff never to let them into the house. They must always say, you are indisposed.’ Blanche added, ‘It is for the best.’

Nick was advised to never reply to any correspondence from the sisters. Blanche reassured him, ‘Don’t worry Nick, I shall tell their mother you have moved house.’

Then Blanche addressed them firmly as if Daisy and Nick were schoolchildren, ‘Now remember their names, Myrtle Wilson and Catherine Fitzgerald. Have nothing to do with them!’

Suddenly Blanche stopped talking, she looked up as a tall handsome figure walked into the room. She smiled and gushed, ‘Why good afternoon Tom.’

Daisy glanced at Nick with a weak embarrassed smile. Thank goodness her husband’s arrival had saved them from her dominating mother.

Nick felt he was a boy again, as if he had received a scolding similar to those in his younger more vulnerable years. Daisy felt as if she was a boat against a current and there was no point in trying to row against her mother’s forceful tide.

As the afternoon drew to a close the sun began to set across South Egg. It was time for the green light on the end of Tom and Daisy Buchanan’s dock to turn on.

Looking at the light shining across the water, Daisy thought of Gatsby whose grand house was on the opposite point. She sighed and lamented. With her mother visiting from Louisville, Daisy realised both Nick and her will have to end their friendship with Jay Gatsby. 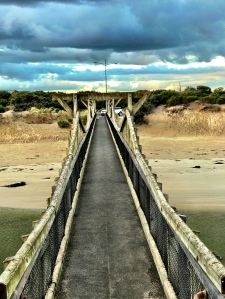