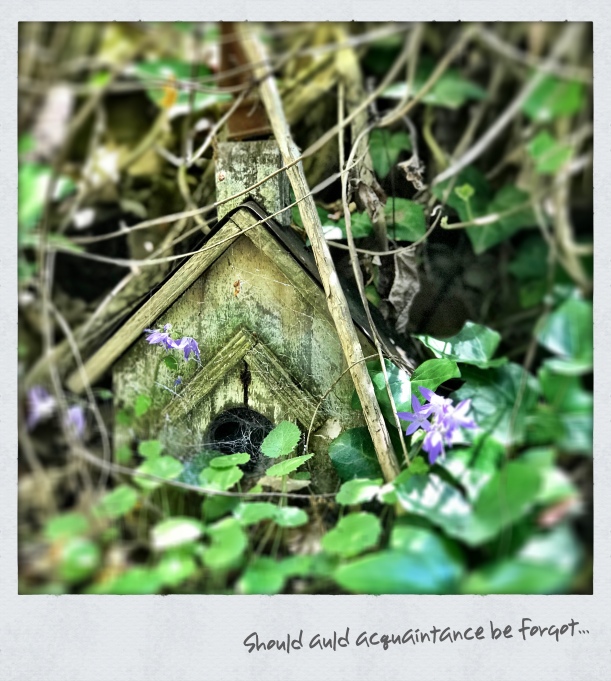 A very Happy New Year to you and may your 2018 be filled with the best of times.

My news is that I have purchased a new home. It has a smaller more manageable garden which will suit this time in my life.

I adore gardens and I will continue to write my posts on Quantum Vis using garden themes.

Please continue to read me and we can explore the pleasure which gardens give together. 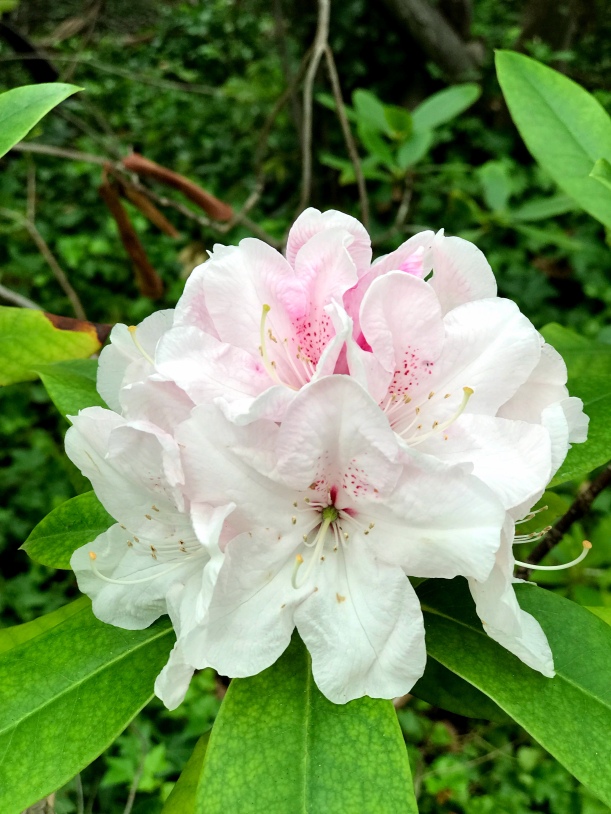 I was alone and beginning to feel like I was in a post-apocalyptic novel.

This place was unnervingly deserted. Where was everybody, perhaps they were all underground?

I had entered the lonely New Moon Mine via a small gate I found in the high wire fence which enclosed the property. It was topped with two rows of sharp rusted barbed wire deterring unwanted entry. The mine sat in a clearing in the Whipstick forest. I had found it by turning off a main road and driving over a farrowed dirt track which wound its way deep into the forest. This led me through an unpleasant dehydrated environment with bush struggling to survive.

The Whipstick is named after its Box-Ironbark trees, which grow spindly and whip like in the dry clay earth.  More of a dense scrub than a forest, this is a habitat of narrow trees constricted from growth and covered with a Spartan canopy of dull grey leaves. They languish, stick like, in red stony dirt. I looked down as I walked in case I was attacked by bull ants, jumper ants or more worryingly, a snake.

The monotony of its bushland means the Whipstick is an easy place to get lost. The only geological landmark was a mound of soil which had been removed from the mine.

New Moon Mine was first established as a gold and quartz mine in the 1860s. One hundred and fifty years of refuse from inside the mine created a small hill of gravelly earth. It was a bizarre sight which had the look of being both natural and man made. Beside this lunar-esque knoll I saw a series of overgrown low brick walls. The remains of antiquated windings, used over a century ago to pull the earth from deep in the mine.

This was a harsh location to work and the names given by the first miners to the gullies where they toiled reflect that. There are Dead Man, Dead Dog and Beelzebub Gullies. One mine bore the curious but probably accurate moniker of Unfortunate Bolle’s. Who was Unfortunate Bolle and what had become of him all those years ago?

On the map this area is marked as Sailor’s Gully, named after the seamen who had illegally jumped ship in Melbourne to try their luck in the diggings.

New Moon is in the bush outside Bendigo, an Australian provincial city built in the 19th century on the profits of gold mining. Gold was found in the 1850s and Bendigo went on to become one of the largest gold producing regions in the world.

Like the sailors before me I came here in search of a precious commodity but in my case it was water. The New Moon Mine is still in operation, and has a problem with underground water. The solution is to pump this excess water to the surface and this is what I wanted to buy.

Bendigo experienced a prolonged drought starting in 1997 which eventually forced the city to ban all garden watering. My established garden and historic oak trees were in need of  an alternative water supply and New Moon was a potential source.

However the day I entered the New Moon Mine I found it was deserted and I was sorry I hadn’t told anyone where I was.

What if I went the way of Unfortunate Bolle?  What if I was murdered and thrown down a mine?

I would never be found because Bendigo mine shafts go down for kilometres. They have cross cut tunnels which spread out like ant’s nests so there are plenty of subterranean places to hide a body. My life could end in mystery. Perhaps I would feature in the sort of TV programmes discussed in office tearooms.  Whatever happened to Jennifer Teh?

‘Can I help you?’ a deep voice behind me boomed. I jumped.

It was a large man, clearly a miner, with a beard long enough to cover his torso. He was a frightening sight but turned out to be very helpful man.

I left New Moon grasping a contract allowing me to purchase enough water to continually fill the large tank I had recently installed in my garden. I employed a man with a water tanker to transport a load of New Moon water to my garden every two weeks. Then it was pumped around my garden and this happy arrangement lasted for a year or so.

Unfortunately, the drought continued and Bendigo’s municipal parks and lakes were dry so the city procured all of New Moon’s excess water. I was exasperated and worried about my oak trees.

A greywater system was required and I became an amateur plumber, designing and installing one. The water from my laundry and bath was pumped around the garden using a sump pump with an odd assortment of black poly pipes. If you hate washing clothes, imagine collecting the ‘used greywater’ in the sink and pumping it onto the garden. I had to constantly move, disconnect and reconnect poly pipes so all the garden was watered. It was an ever demanding balancing act.

However this was not enough water for my thirsty garden and the alkaline nature of the greywater was killing the rhododendrons and azaleas which require acidic soils. I needed a new solution to my watering woes.

Then I was lucky enough to negotiate a deal with a carrier who agreed to deliver me water from an aquifer 50 kilometres away. I was back in the business of watering my garden again.

The Millennium drought was the longest recorded since European settlement. In Bendigo it lasted 10 long years with harsh restrictions for most of that time. During those years I pumped and dragged hoses around my garden, sometimes well into the winter months. It was hard work.

When the Big Dry finally broke, children who had never seen rain were mesmerized.

My garden fared better than most in Bendigo. I lost several established rhododendrons which were as tall as my house and two groves of beautiful silver birches, but happily my grand oak trees survived.

This morning, under those oaks trees, a large rhododendron bloomed. She is the only rhododendron to have survived. I smiled and thanked her for her generous soft pink blooms.

Then I thought of the time back in the drought when I wandered around the New Moon Mine trying to find a supply of water to keep her alive.

The things we do for our gardens. 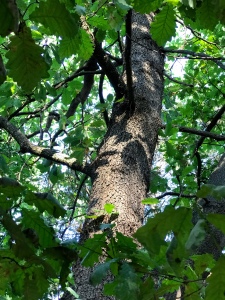 One of my treasured oak trees