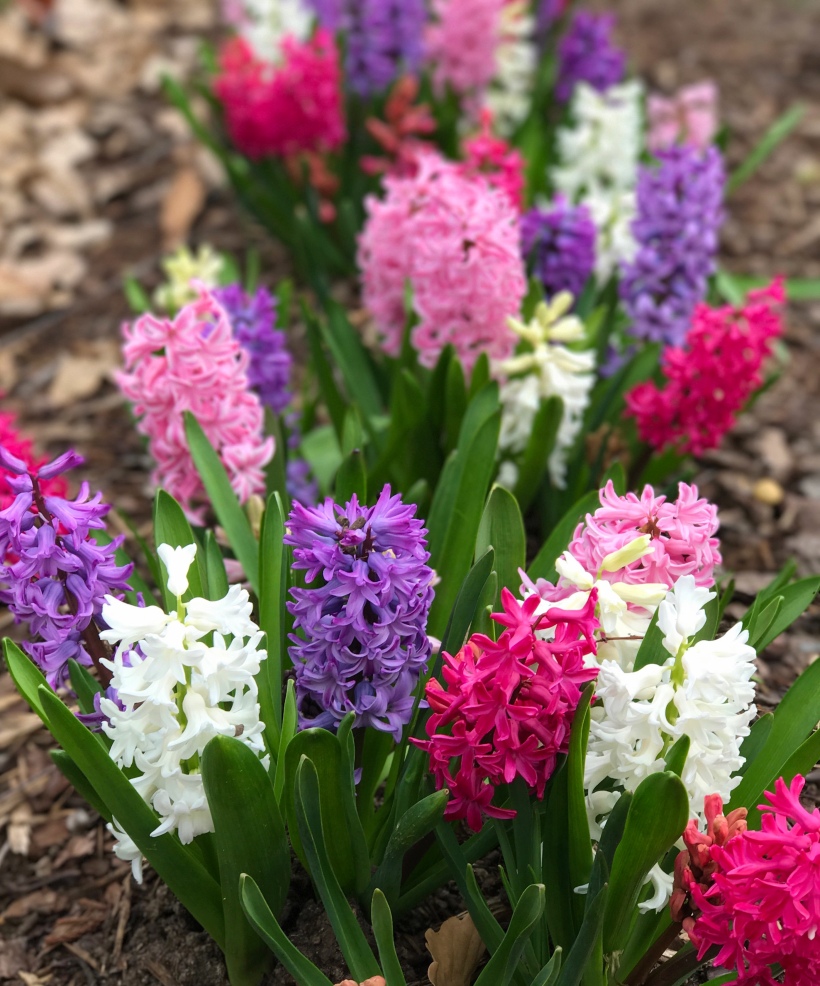 I know a lady named Hyacinth, perhaps you know her too?

She has an unusual pronunciation of her surname, it is written as Bucket but pronounced Bouquet.

Hyacinth was an overbearing women always trying to impress others with her snobbish social refinement.

Her catchphrase when answering the telephone was, ‘Bouquet residence, lady of the house speaking.’ Hyacinth’s long suffering neighbours dreaded her exclusive candlelight suppers where she commanded care must be taken with her hand painted Royal Dalton.

Hyacinth desperately tried to hide her working class background with excruciating pretentiousness. Then her amusing ragbag family would inevitably appear at inopportune moments and give us all a good laugh.

In my garden the hyacinths are in bloom and they remind me of their namesake in Keeping up Appearances.

Hyacinths are one of the most impressive garden flowers. They are very grand but each one originates from a simple unglamorous bulb. In that respect they are similar to Hyacinth Bucket.

Colours include pinks and white but a deep blue is the plant’s most iconic shade. It reminds me of the blue hair tint once fashionable with 1960’s matrons. Even the shape of the flowers resembles the popular beehive hair style of that time, where hair was piled high into cylindrical mounds. I wonder if Hyacinth Bucket wore a blue beehive in the 60’s.

For you own garden Hyacinths, plant the bulbs during autumn in dappled shade with good drainage. They prefer a cool climate and will reward you with glorious spring blooms.

You can also grow hyacinths indoors using special vases. The single bulb is held at water level by the narrowing neck of the vase. Grow in a cool room, away from sunlight but keep the water topped up to the base of the bulb. You can add a piece of charcoal to the water to keep it fresh.

Soon roots grow down into the water and the flower spike with its leaves will shoot from the top.

Once the flower begins to open the vase can be moved into a sunny position. Hyacinths are beautifully fragrant and will perfume your home.

Sadly, the bulb uses all its reserves when growing. Therefore it will not produce a decent flower next season, so throw it out once finished.

The plant acquired its name from a mythological Greek youth named Hyacinth. He was slayed and it is said where he bled onto the earth Hyacinths began to grow.

However, when I see them flowering, I prefer to think of dear Hyacinth Bucket and her side splitting attempts at keeping up appearances. 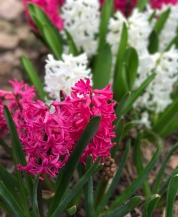 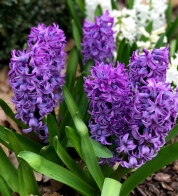 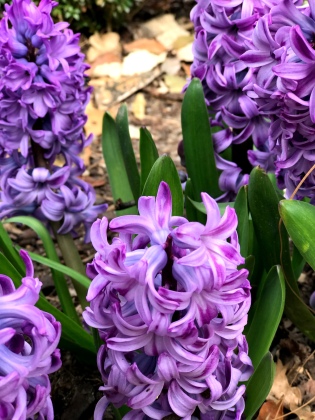 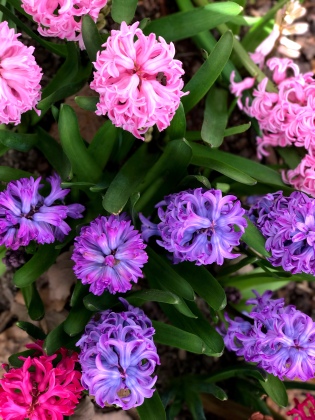 I am Jennifer Walker Teh, a garden lover, gentle traveller and occasional writer. I'm also a retired hospital pharmacist, and the Latin term Quantum Vis sometimes appears on prescriptions. It means to take or apply 'as much as you like' and so is an appropriate name for my website. Please drop in as much as you like. Jennifer